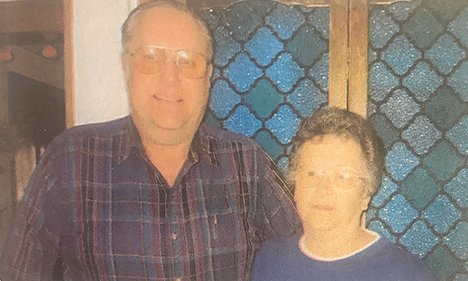 From the November 21, 2002 edition of The Wayne Herald

Schulz hanging up the street sweeper

After 37 years of checking the weather at 2 a.m. to see if any snow had fallen, Vern Schulz is planning to retire from his position of Superintendent of Public Works for the City of Wayne.

Health concerns combined with the demands of the job lead Schulz to retirement, effective Nov. 30. Schulz, who started working for the city on Sept. 1, 1965, said every day has been different, making a day-to-day job based on what's happening.

"When I started, the city had two old trucks to work with and one tractor and four employees," he said. "When we had a big snow storm, we had to dig Milo Meyer out so he could get equipment to clean the streets. At that time though, there was not the rush there is now. There was not as much traffic."

The Schulz's have several plans for retirement.

Vern will continue to work part-time and is presently driving the Wayne Shuttle when needed.

The couple plan to go camping, fishing and spend time with their grandchildren. Dee, Vern's wife, also has a number of projects she hopes to have her husband complete now that he does not have to get up at 3 a.m. to determine the plan for his day.