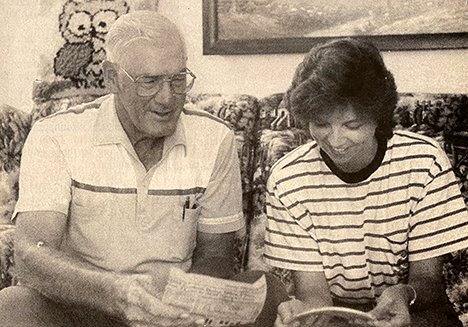 From the September 18, 1992 edition of The Wayne Herald

Two Northeast Nebraska residents are grateful for being given an opportunity to help a Louisiana couple rebuild their home - and family.

The Prines were living in a trailer and in the process of remodeling a house when a tornado spawned by Hurricane Andrew destroyed them both.

The young couple had no insurance and were ineligible for government rebuilding funds because the property is owned by Mrs. Prine's father, who also doesn't qualify because he doesn't live there.

Myron and Kaye's trip to Louisiana was organized by the Rev. Robert Johnson, pastor of the Evangelical Covenant Church in Stromsburg.

They were among a group of 15 persons in three vehicles who drove 23 hours nonstop to LaPlace. The Nebraska residents left Sept. 3 and returned home on Sept. 8.