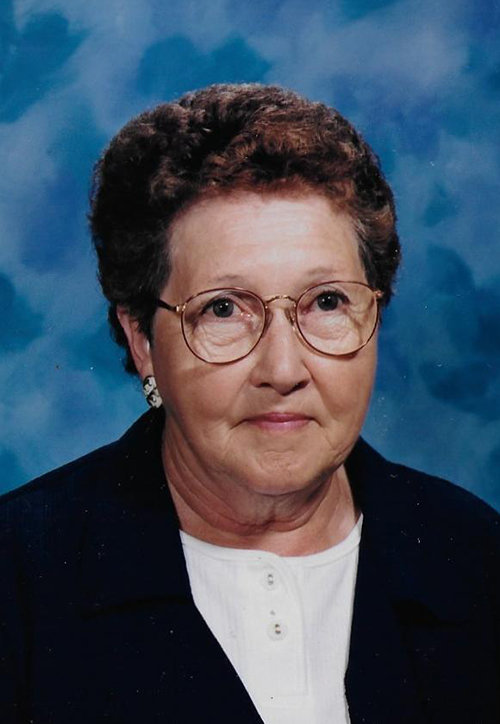 Funeral services for Mildred Mae (Seger) VanBuren, 86 formerly of Norfolk and Atkinson, will be at 2  p.m. Saturday, Aug. 6 at Biglin’s Mortuary in O’Neill. Burial will follow in the O’Neill Cemetery.  Visitation will be one hour prior to the service at Biglin’s Mortuary.

Mildred died Tuesday, Aug. 2, 2022 at Wayne Countryview Care & Rehabilitation Center in Wayne, where she had resided for the last five years since her husband Ervin’s death on June 24, 2017.

Memorials may be directed to her family for future designation.

Arrangements are entrusted to Biglin’s Mortuary in O’Neill.

Mildred Mae Seger was born on Sept. 23,1935 at home near Atkinson, to Frank Edward and Viola Clara (Osborne) Seger, the second youngest of 10 children. She grew up and attended rural schools in the Atkinson area, and then attended Atkinson High School.  She met Ervin Leroy VanBuren, when he was home on leave from the Navy in 1950, at the roller-skating rink in Atkinson.  The two were married May 20, 1951 at the Methodist Church in O’Neill in a double wedding ceremony with their friends Marlene Geary and Bill Kiser.

They lived on a ranch near Atkinson for a time, and their three children were born: Linda, Sharon, and Michael. Later they moved to O’Neill, then to the Wisner and Stanton areas in the late 50’s, where they farmed. They made their home in Stanton, in 1975 and then moved to Norfolk in the 1980’s. Mildred began working for the Norfolk Public School system as a Paraprofessional in 1988 and retired in 2000, but continued to substitute for several more years. She was so important to the children in her special-needs classrooms.

Mildred loved being a grandmother and couldn’t wait to be a great-grandmother and a great-great grandmother. She loved to cook and bake, raised a large garden and beautiful flowers, as well as crocheted and embroidered many items.  She also enjoyed camping and fishing.