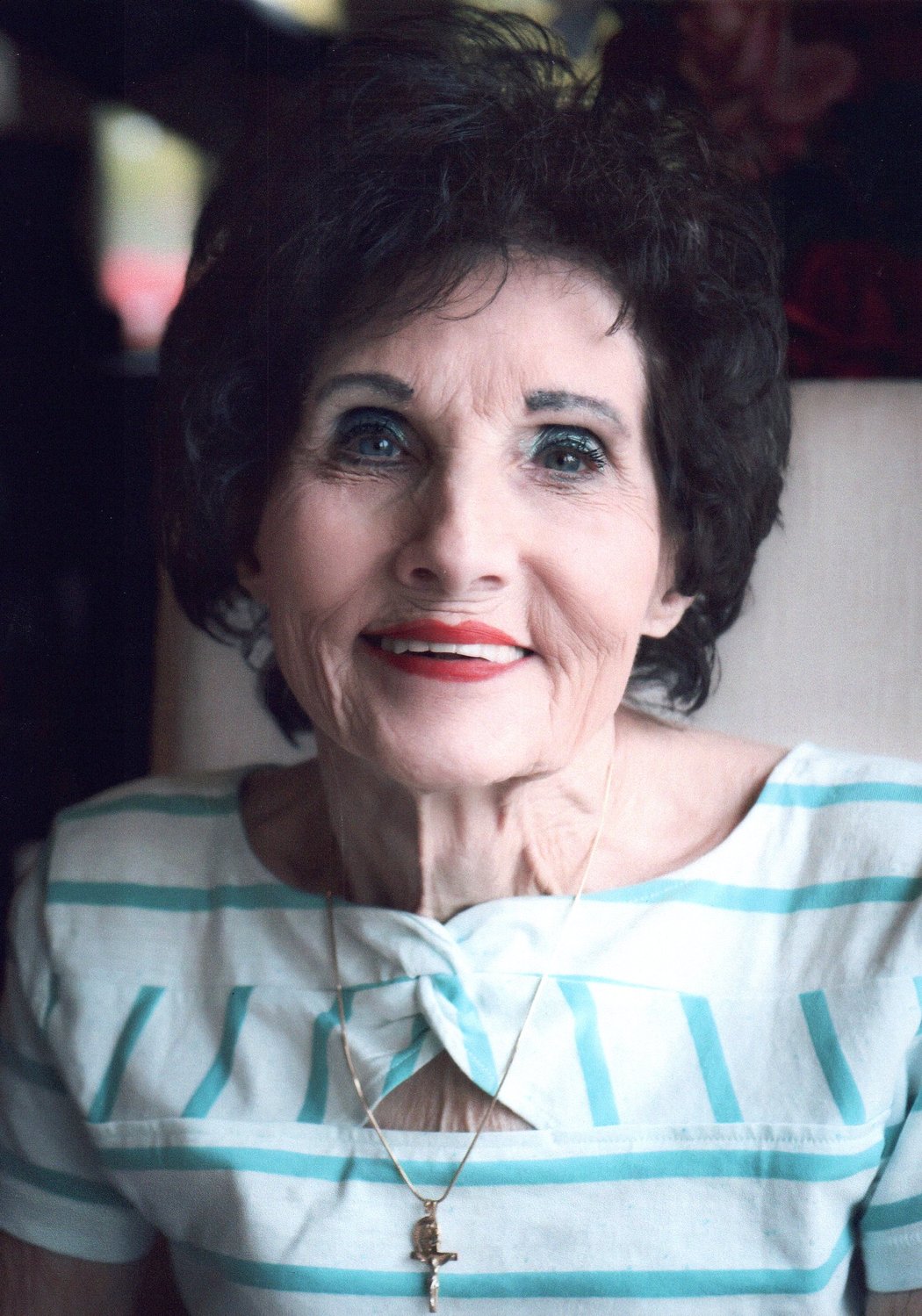 Those who wish to remember Ginger may make gifts in her memory to Catholic Charities, the organization through which Ben and Ginger were able to adopt four of their children; or through Saint Jude’s Children’s Hospital – an organization that Ginger was very fond of.

Regina Alvina “Ginger” Martin was born Sept. 21, 1934 in Tilden, the daughter of Mary (Kadavy) and Martin VanErt.  She was the ninth of ten children. Ginger graduated from Oakdale High School in 1952.   Following graduation she went to a summer school program in Wayne, so she could teach country school thereafter.  After only one year, she moved to Norfolk for a new job. In Norfolk, she liked to go to dances a few nights a week at King’s Ballroom, which is where she met the love of her life, Benjamin O. Martin.

Ben and Ginger dated only three weeks before he had to go into the service. They wrote letters weekly and dated regularly when he would come home on furlough. For entertainment they would go to dances; Ben says, “We ballroom danced throughout all of northeast Nebraska!”.  They married Jan. 28, 1956 in the middle of an ice storm. Soon after they began to grow their family.  After their seventh child was stillborn, they were blessed with the adoption of four additional children.

From a young age, Ben knew he wanted to become a doctor and Ginger was a steadfast supporter of his dreams. In 1960 Ben graduated medical school; he practiced in Crawford, before ultimately settling in Pender, where they built their home and raised their children.

Once her kids were grown, Ginger went back to college and became an RN. She was a faith-filled woman who attended daily Mass, taught catechism, and was a servant to her community. She loved gardening and spent hours carefully tending her flowers in her beautiful yard.  Her children describe her as selfless - “She never complained,” they said.  Her grandchildren have fond memories of “Camp Grandma” and lively family holiday gatherings.

Ben and Ginger were married nearly 66 years and in addition to their 11 children, they were blessed with 37 grandchildren, and 35 great-grandchildren with more on the way.  They have been residents of Crete since 2011 and members of Saint Mary’s Catholic Church in Denton, Nebraska.

She was preceded in death by her parents; her nine siblings and two of her children – daughter Mary Martin and son Dr. James “Jim” Martin.