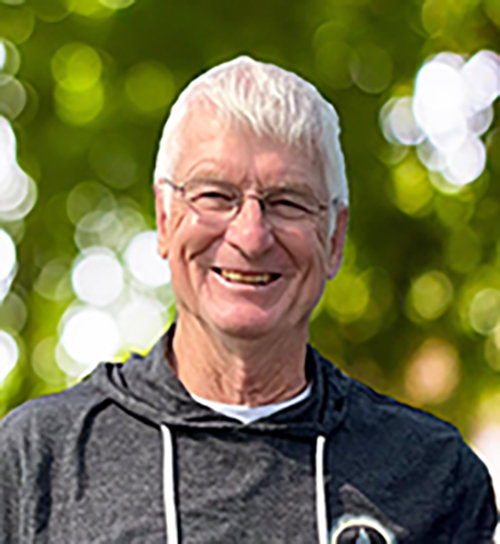 Thomas "Tom" Paul Karch was born on March 5, 1947 in Breckenridge, Minnesota to Paul Walter Karch and Thelma Merle Reading. Shortly after he was born, his family moved to Mandan, North Dakota where Tom would graduate from high school.

At a young age, on his father's required hunting trips, Tom found a passion for photographing the outdoors, a hobby he would keep his entire life. As the oldest sibling, he honed his caregiving abilities and patient nature at an early age. These were attributes that would also serve as themes throughout his life.

After an Associates Degree from the North Dakota School of Forestry in Bottineau, North Dakota and a Bachelor's of Science degree from Virginia Polytechnic Institute, Tom would go on to work in forestry for his entire career including nearly three decades with the North Dakota Forest Service.

In the summer months, Tom's work would take him across the country to fight forest fires, plant trees and work with the Bureau of Land Management to bolster the ruffed grouse population in North Dakota. Tom was happiest outdoors, at the lake and with his children and grandchildren.

From his first marriage, Tom welcomed two boys into the world, Justin and Aaron. And, in 1987, Tom met, Janis "Jan" Kristjanson. They married at Metigoshe Ministries in Bottineau, North Dakota on July 11, 1992. Their marriage brought a busy and loving "Brady Bunch" home full of boys with the addition of Jan's sons, Jeremy and Kristjan, and their son, Paul, just a year later. Tom, Jan and Paul would remain in Bottineau until Tom's retirement from the North Dakoa Forest Service in 2004.

After Tom's retirement, they moved to Wayne, Nebraska where Jan was the controller of a local electrical co-op and Tom enjoyed his time being (as he said) a "lunch lady" at the elementary school.

While in Nebraska, Jan was diagnosed with ALS and they moved to Fargo, North Dakota to be closer to family. During her four year battle, Tom was her #1. He tirelessly and selflessly cared for Jan.

Tom, as described by many, was gentle, loving and stubborn - he didn't think anyone could care for Jan as well as he did (and he was probably right).

Tom didn't just hold babies, he could be found laying on the floor, face-to-face, having long conversations. And, as his grandkids got older, he liked to wrestle, play, explore and attend every game, recital and event he could. Meeting people where they were at and with what they needed. Tom didn't need much. But, anything with chocolate seemed essential. A lake sunset, friends around a fire, Arnold Palmers and chocolate. Just a few of the things that will bring memories of Tom.

He was preceded in death by his wife, Janis, and his parents Paul and Thelma.

Condolences and memories may be shared at www.hansonrunsvold.com